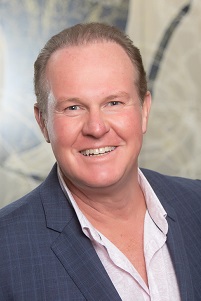 The last twelve months have been a time of significant change for all supervisors, practice staff, registrars, and stakeholders involved in GP training, and for GP Synergy and its staff.

Following the announcement in the May 2014 federal budget to consolidate the GP training provider network, a competitive tender process resulted in GP Synergy being awarded the contract to deliver the Australian General Practice Training (AGPT) program across NSW and the ACT from 1 January 2016.

The tender outcome on 6 October 2015 left little time to transition from six separate Reginal Training Providers (RTP) to one, which presented significant challenges for all concerned. Regional forums were immediately held with staff, supervisors, practice staff and other key stakeholders within each RTP across NSW and the ACT to discuss the immediate changes.

An intensive recruitment process focused on recruiting and retaining as many existing staff as possible that shared our vision and cultural values of excellence, initiative and respect. More than 80 new staff joined GP Synergy in the first three months of 2016. A large percentage came from outgoing RTPs, and two thirds of GP Synergy’s medical education workforce are experienced educators originating from prior RTPs.

Simultaneously, regional offices in each of the seven subregions (eight counting one split subregion in Hunter New England and Central Coast) were commissioned in preparation for the January 2016 start.

One of the biggest hurdles was data transfer. As expected, the six incumbent RTPs at the time worked with different systems and database. Not all data was immediately transferable to GP Synergy, resulting in gaps in practice and supervisor contact details and in education portfolios.

In the first months we embarked on a data cleansing exercise where each and every training facility was contacted by phone to update their details. This led to approximately 1600 changed accounts in our database, improving our ability to contact stakeholders for communications and contracting purposes. When recounting these challenges I am always impressed by way in which our staff, old and new, rise to the occasion. It must be mentioned that they too have faced difficulty during this transition.

It is understandable that for some supervisors and practice staff, this tumultuous change has evoked a sense of loss at having to come to terms with changed relationships and ways of working with their new training provider, GP Synergy. This notion is reflected in recent research we have undertaken with our supervisor and practice manager partners. We understand and empathise with this sentiment.

There is no doubt that this is the biggest change to the GP registrar training since 2001/2002 when the training program was divested from General Practice Education Australia (GPEA), a subsidiary of the Royal Australian College of General Practice (RACGP), to the newly formed regional training provider network.

Over the following year there was a renewed sense of hope, vitality and energy that has resulted in a much bigger and improved general practice training program. It is now our job to acknowledge their significant contributions, build on the legacy of former training providers and forge new relationships.

To ensure responsive education delivery that is targeted towards meeting the needs of the local community, we have maintained a regional focus across NSW and the ACT.

We have retained a regionalised training program aligned with Primary Health Network boundaries.

The dedicated regional support staff in these offices include regional medical education teams led by a Regional Head of Education to coordinate the delivery of education in accordance with college curricula, national health priorities and local community health needs.

We recognise that for many practices and supervisors new to GP Synergy, there is ‘information overload’ and have identified some confusion about certain aspects of the program. Some matters may need clarification:

The number of weeks in a hospital term is determined by the hospital and the Health Education Institute (HETI). This may change from term to term (i.e. 26 or 27 weeks) but whatever the length it is factored into the teaching allowance and practice subsidies. The payments reflect the teaching time requirements and leave provisions under the National Terms and Conditions for the Training of Registrars (NTCER), which is determined by the General Practice Supervisors Association (GPSA) and the General Practice Registrars Association (GPRA).

Each regional training organisation is bound to upload the NTCER, a document that historically prescribes part-time in-practice teaching requirements for registrars which is exactly half that of a full-time term. Likewise, teaching payments reflect this requirement.

Formative/competency assessments of the registrar are staggered throughout the term to identify any performance gaps for early intervention. It has been presumed by some that these assessments are not to be paid - however, this is incorrect. Assessments count as paid teaching time for registrars in their first or second GP term or PRRT equivalent. Also in 2017 there will be two assessments required for GPT3/PRRT equivalent terms and above. These will be specified as mandatory and paid at 2 hours per assessment.

Supervisors and registrars do have a voice in the ongoing development and delivery of GP training. Each of the seven subregions has its own regional advisory council that meets to consider the health workforce and educational needs of their respective region. These councils include the subregion’s Supervisor Liaison Officer and Registrar Liaison Officer amongst other relevant peak bodies.

At the mid-year North Coast Regional Advisory Council meeting, a recommendation was made to re-classify ‘Group C’ – an area around Tweed Heads. All Advisory Council recommendations undergo a process of due diligence and scenario testing before they are adopted. In the case above, the decision to postpone reclassification was not due to administrative requirements; rather it was due to the likely impact of cannibalising certain rural placements with general pathways training positions, which would greatly disadvantage the affected rural pathway cohort.

Postponement would have no immediate impact and it was decided prudent to consider the issue at the Advisory Council meeting in November 2016.

Given the extent of change in this past year of transition we made the decision early to ameliorate the pressures on supervisors, thereby limiting mandated requirement for supervisor professional development. Professional development was provided as an option but was not mandated (except for accredited supervisors who are required to complete clinical teacher training and induction programs).

During 2016 we have planned for a more targeted professional development program to commence in 2017. The importance of this support, amongst other developments, is reflected in our research and is resulting in some exciting new developments.

Attendance at any module of GP Synergy’s professional development program commencing in 2017 is encouraged and will be fully paid, in addition to travel and accommodation subsidies where required. There is no limit to the number of education sessions that may be attended. However, support is limited to GP Synergy’s professional development suite, including foundation and advanced education modules.

Increasingly, supervisor professional development will be delivered in both face-to-face and online delivery formats to accommodate individual circumstances and the preferences of the supervisor.

GP Synergy has partnered with MedCast to provide supervisors and registrars with “Support GPT”, an online education resource that supports in-practice teaching and is integrated with GP Synergy’s education program. Again, this resource is offered, not mandatory.

Direct phone lines have been established in all regional offices, including direct extensions to dedicated practice and registrar support staff. This will assist practices and registrars to reach the right person in the fastest possible way.

GP Synergy’s online training management system GPRime is currently undergoing useability and user acceptance testing. A program is in place for its redevelopment that will result in improved useability. Supervisor and registrar interfaces have been prioritised.

These are just some of the enhancements to be rolled out in 2017. In addition, we will continue to develop and deliver locally informed education and to use evidence based population health and workforce data. We continue to consult with all our stakeholders and build on the legacy of our former RTPs to continually improve health outcomes for our local communities.