The first Turnbull government’s Minister for Health and Aged Care, Sussan Ley (‘Lee’) has been re-appointed to the position in the second-term cabinet announced today (19 July).

Prior to the announcement there was speculation that Ms Ley would be shifted from the health role because of a comment during the election campaign about the government’s freeze on Medicare rebates.

The Minister apparently believed the freeze - envisaged by the government to run until at least 2020 - should be ended. However, she said, this was not acceptable to the Finance and Treasury departments. Philosopher David Hume, in his book “A Treatise of Human Nature” describes how hard it is to derive ought directly from is – that is, how tricky it is to logically demonstrate why things should be done in a certain way. This is often referred to as “Hume’s Guillotine” as a way to demonstrate the severance of "is" statements from "ought" statements.

Now, as you would all be aware, Australian Health Practitioner Regulation Agency (AHPRA), is in the process of arguing that we all should (in fact, be forced to) undergo revalidation on a regular basis. This entails going from the “is“ (concerns about medical practice) to the “ought“ (you must practice in a set way).

The Next Big C

In this opinion piece David Guest explores some of the thinking behind the recent trend to commissioning of health services in Australia.

To market, to market went my brother Jim
When somebody threw a tomato at him
Tomatoes are soft and they don't bruise the skin
But the one killed Jim was wrapped in a tin.

Although the Turnbull government has been returned with a slim majority, it now has the mandate it needs to continue its structural reform of the Australian economy. Informed customers choosing goods and services from providers in an open and competitive market place where innovation is fostered will maximise economic utility and lift productivity. This newly invigorated market place will apply to government services, including health, as well as to private industry.

The Harper Review of Competition Policy was a Coalition 2013 election promise. In receiving the report in 2015 the Federal Treasurer, Scott Morrison, agreed, "Effective competition encourages businesses to pursue efficiencies, rewarding the most innovative and dynamic that provide the best services at the lowest cost. It also benefits households by giving them more and better products and services to choose from at lower prices." The government rejected none of the 56 recommendations, accepting 39, partially accepting 5 and leaving 12 open for further review and consultation.

Read more: The Next Big C “These new Awards showcase the excellent work being done by GPs, allied health practitioners and community health workers right across the North Coast, from the Tweed down to Port Macquarie,” said the NCPHN’s Chief Executive Dr Vahid Saberi. 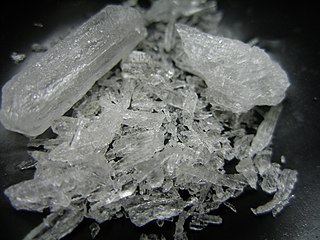 The North Coast Primary Health Network in conjunction with the Bulgarr Ngaru Medical Aboriginal Corporation are running an education program for health workers, general practitioners and the community on the current crystal methamphetamine epidemic.

Project officer Sam Booker is visiting general practices in the Northern Rivers with advice on recognising and managing patients whose lives are destroyed by this highly addictive drug.

While less than 25% of users develop dependence, the time to become addicted can be as little as a few months and much faster than either heroin or alcohol.

For further information about future educational events contact Sam Booker, This email address is being protected from spambots. You need JavaScript enabled to view it..