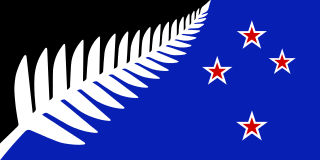 Unsuccessful with its push for a new national flag, the New Zealand government has enjoyed more success with the launch of a “refreshed” (its term) health strategy, aimed at tackling the challenges of the decade ahead

‘Future Direction’ has five identified themes about the health system being SMART, People-powered and Closer to home, offering Value and high performance, and operating as One team.

As the document and its companion Roadmap make clear, this idyllic state of affairs has not yet been achieved. Key areas requiring attention include Maori people’s health, and mental health.

On the positive side, 90% of New Zealanders say they are in good, very good or excellent health, and ED waits are the shortest in 11 surveyed Commonwealth countries.

However, NZ, like Australia (and elsewhere) has an ageing population, and faces lifestyle threats such as high obesity rates (30% amongst Pacific island children).

“In summary, our system may be functioning well enough today, but we can’t guarantee that it will be tomorrow… A key to our success in making these improvements will be our ability to work together.” As more and more services migrate to the web for greater efficiencies and lower cost, GPs are starting to wonder if this is a viable option for at least some of their IT requirements. Peter Machell, principal at HealthIT, outlines the options and the costs.

Cloud computing certainly sounds like a new phenomenon but it’s been in mainstream use since we embraced Hotmail in 1996.

Most of the time, “The Cloud” just means a (virtual) server in a data centre. A data centre is a dedicated home for servers with big pipes to the Internet. There are data centres throughout our capital cities, and some in rural and regional Australia too.

I like the Oxford Dictionary’s definition of cloud computing: "The practice of using a network of remote servers hosted on the Internet to store, manage, and process data, rather than a local server or a personal computer.”

Wikipedia talks about “rapidly provisioned and released (computer resources) with minimal effort” and "sharing of resources to achieve coherence and economy of scale, similar to a utility (like the electricity grid) over a network.”. The first point is true of all clouds while the latter only applies in what I call the Elastic cloud. Amended NSW legislation requiring child care centres to record the vaccination status of enrolled children has succeeded in reminding families of the need to keep vaccinations up to date.

However, there has been little if any impact on those families regarding themselves as ‘conscientious objectors’, or vaccine refusers.

These are the key results of research* conducted at child-care centres in the NSW Northern Rivers by a team that included Dr Sabrina Pit of the University Centre for Rural Health North Coast, and Marianne Trent of the North Coast Public Health Unit. Two of the 12 targeted child-care centres declined to participate in the study. In all respects except one, Dr Kalanithi’s memoir continues the tradition of fine authorship by US doctors of Indian descent. His most notable predecessors are Siddhartha Mukherjee, author of the Pulitzer Prize winning study of cancer, The Emperor of All Maladies, and the forthcoming The Gene, and Atul Gawande (Being Mortal, The Checklist Manifesto).

The key difference is that while the others still practice medicine and write, Kalanithi’s book has been published posthumously, following his death last year of metastatic lung cancer, at the age of just 37.

While the book is thus immensely sad, it is also an inspiring portrait of the mind and work of a brilliant man.

Northern NSW Local Health District is leading the state with a newly commenced, 200-person trial of a key part of its Integrated Care Strategy: Admission and Discharge Notifications (ADNs).

These notifications will immediately and automatically notify GPs when their patients are admitted to, or discharged from, local hospitals.

The trial is focused on selected chronic disease patients and capturing unplanned admissions to hospitals in the Tweed/Byron and Richmond areas, including the major referral hospitals, Lismore Base and Tweed, as well as the district hospitals, such as Casino, Ballina, Murwillumbah, and the soon to open Byron Central Hospital.

Results of the Notifications Trial will be shared with participating GPs - totalling 55 - and staff at the facilities. An evaluation after three months will be used to review and, where necessary, improve the service.